http://blumberger.net/668-2/ Rosemary Gordon was born in Southern Rhodesia, now Zimbabwe, and spent half her childhood in Nyasaland, now Malawi. She moved to Durban, South Africa where she lived for 25 years before immigrating to the United States in 1986. Her two daughters followed soon after and both have happily settled in America. Rosemary lives in Sonoma, a small town in Northern California’s Wine Country.

Rosemary’s first book – A Memoir to an African Childhood – Monkeys Up A Tree, takes you on a fascinating and poignant journey of her extraordinary life growing up in Africa. Her memoirs are a riveting account of a childhood in an exotic land interwoven with confusion and hurt from a mercurial mother…Read more here 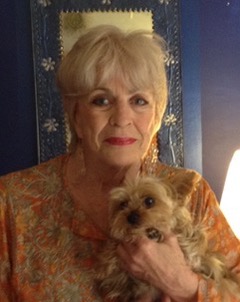